From the conquest of Naples (February, 1495) by the French King Charles VIII to his retreat from Italy after the battle of Fornovo (July, 1495) 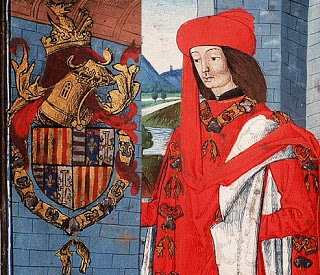 He reached Naples in February 1495 with an army of 25’000 men, amongst them 8’000 Swiss mercenaries, and a siege train including artillery. Without a siege or pitched battle he was able to capture Naples.

The Italian states realizing the danger to their autonomy collaborated to create the Holy League of 1495. The alliance was formed by Pope Alexander VI (Rodrigo Borgia, 1431-1492-1503) and comprised the Papal States, Ferdinand II of Aragon, also King of Sicily (1452-1479-1516, from 1469 husband of Isabella of Castile), Emperor Maximilian I (1459-1508-1519), Ludovico Sforza il Moro, and the Republic of Venice. The League gathered an army under the condottiero Francesco II Gonzaga, Marquess of Mantua.

Charles marched north to Lombardy, preventing to be trapped in Naples. The two armies met in the battle of Fornovo 1495. Charles successfully retreated with most of his army, but had to abandon nearly all of the booty from his campaign and returned to France, where he died in 1498.

Louis XII of France ceded Naples to Ferdinand II of Aragon and gained control of the Duchy of Milan.

In 1499 Louis XII, King of France (1462-1498-1515), invaded the Duchy of Milan with the Republic of Venice and Swiss mercenaries. He had a claim on the Duchy of Milan in right of his paternal grandmother Valentina Visconti, Duchess of Orléans (1368-1408). Ludovico Sforza il Moro (1452-1481-1508), having hired an army of Swiss mercenaries himself, returned to the city to find it occupied by Gian Giacomo Trivulzio, who had joined the French. Therefore Ludovico went ahead to Novara with his army. Louis XII followed him and layed siege on Novara. Diplomatic contacts led to the surrendering of Ludovico Sforza il Moro to the French (Treason of Novara 1500). His army was scattered and he himself imprisoned in France. He died 1508 as a prisoner in the castle of Loches. 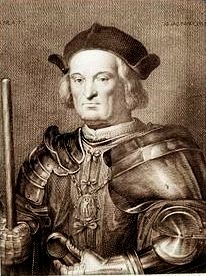 Louis XII and King Ferdinand II of Aragon (1425-1479-1516, from 1469 husband of Isabella I of Castile) formed an alliance with the goal to seize the kingdom of Naples. In 1501 they took Naples and Frederick IV, King of Naples (1452-1504, King of Naples 1496-1501, second son of Ferdinand I), abdicated Naples and Campania to the French King. Ferdinand II's of Aragon insistence that he be recognized as king of both Naples and Sicily led to war between France and Spain. Don Gonzalo de Cordoba was in command of the Spanish army. He gained upper hand against the French, who suffered defeat at Cerignola (1503) and Garigliano (1503). Louis XII, forced to abandon Naples, withdrew to Lombardy. 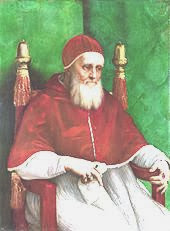 Subsequently, Julius II allied himself with Venice against France, an alliance which expanded in 1511 into the Holy League (Papal States, Venice, Spain, Holy Roman Empire, England, Swiss mercenaries). French forces under Gaston de Foix, Duc de Nemours (1489-1512) inflicted an overwhelming defeat on the Spanish army at the battle of Ravenna in 1512, but Foix was killed during the battle. Subsequently the League defeated the French in the battles of Pavia I in 1512 and the battle of Novara in 1513. On the side of the Holy League mainly the Swiss were engaged in both battles. In 1513 the French were forced to withdraw from Italy. Disagreements about the division of the spoils, however, led Venice to abandon the Holy League in favour of an alliance with France. 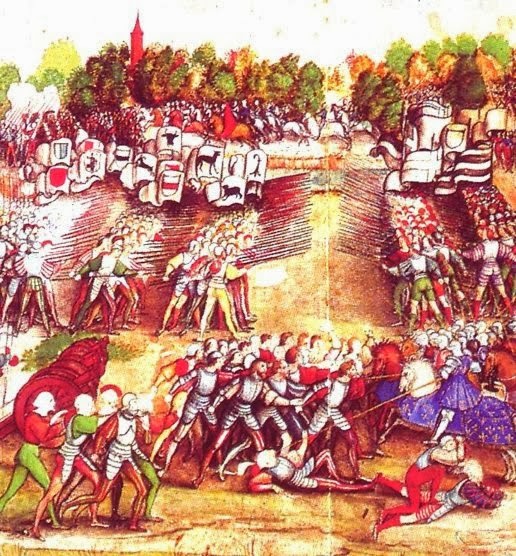